Facility Highlights
The Burnsville Ice Center is a 65,754-sq.-ft., two-sheet municipally operated indoor ice rink. Each sheet of ice is 200-feet x 85-feet.
Rink 1
• Built in 1972, at a cost of $1 million
• Features seating for 1,250 Rink 2
• Built in 1985 at a cost of $1.5 million
• Features seating for 500 people
Both rinks have additional space for “standing room only.”
The Burnsville Ice Center has its own generator in case of a power failure and can fully operate from the power produced by the generator.
In 2010 the Burnsville Ice Center completed a $5 million dollar renovation of the facility that included a new ice plant, geothermal heating and cooling system, ice rink floors, dasher boards and glass.
The Burnsville Ice Center has two ice resurfacers to resurface ice and can make ice in five minutes using both machines at the same time.
Each rink is constructed with an arched laminated beam support roof and an exposed tongue and groove cedar under roof. The exterior of the arena is a combination of brick and rough-sawn cedar finishes.
Additional Rooms/Amenities
The Burnsville Ice Center has eight team rooms with changing/showering space needs for players and coaches. Rink 2 is served by four team rooms and Rink 1 is served by four team rooms (with showers).
The Burnsville Ice Center has a meeting room with a seating capacity of 30 people, which includes tables, chairs, TV\DVD and video screen. The facility operates a full service concession stand with the capability to serve traditional arena food and beverages.
The Burnsville Ice Center is open year round and annually reserves more than 3,600 hours of ice time. More than 300,000 people pass through the doors each year. Public Skating is offered daily (except during special events). “Stick and Puck” practice time is offered three days a week. Adult Open Hockey is scheduled three times per week during the winter months, and twice a week during the summer months.

Burnsville Senior High School
The Burnsville High School Boys and Girls Varsity and Junior Varsity Hockey programs practice and play non-conference and conference games at the Burnsville Ice Center. The “Blaze” hockey program has been very successful as the Boys have two State Championships and the Girls have appeared in many state tournaments. 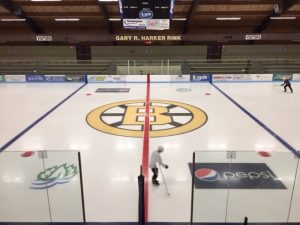 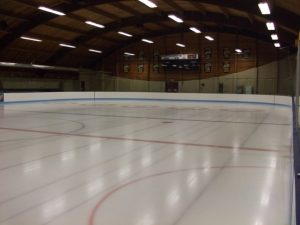 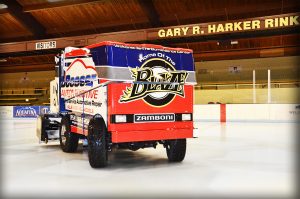 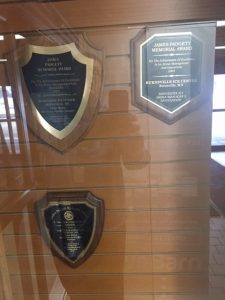 The only three time winner of the James Padgett Award presented by the Minnesota Ice Arena Manager’s Association.