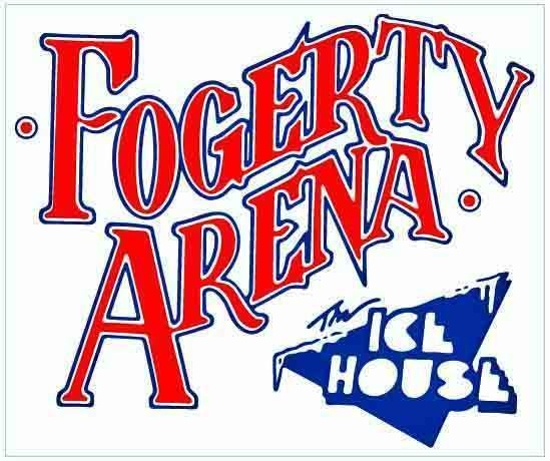 The dream of a civic center and ice arena to serve the communities of Blaineand SpringLake Park was realized during the spring and summer of 1982. When hundreds of family members of the Blaine and Spring Lake Park Youth Hockey Associations came together, with a common goal, Ice Time! Thousands of volunteered hours were donated to construction; fundraising and politicking, resulting in the NorthSuburbanCivicCenter, which opened its doors for the first time on October 25th, 1982.
Home to the Blaine and SpringLake Park youth and high school hockey teams, the NorthSuburbanCivicCenter also became the site of the first indoor soccer facility in the area. An artificial turf was installed on the rink floor at the end of the hockey season and the area soccer players had a world class facility to practice and play in, to help prepare for the outdoor season. The spring indoor soccer program continues to be a big part of the facility now, with hundreds of kids participating each year.
In November of 1985, we lost a very important member of our CivicCenterfamily. Francis “Fran” Fogerty, Mayor of the City of Blaine and a member of the Board of Directors, passed away unexpectedly. Fran was one of three individuals that received special recognition for their extraordinary contributions towards the development of the facility. On the evening ofJanuary 16, 1986 a plaque was installed in the facility that reads;
“Fran gave a total commitment to the buildings construction and its excellence. He cared for it when it was done. When he called it the “ICE HOUSE” it was not to diminish the building, but to understate his contribution and to mask his affection and pride. This was so much like him. Because of this theNorthSuburbanCivicCenter shall be called, Fogerty Arena, “The Ice House”.
Since that day, Fogerty Arena has continued to provide the communities of Blaine and Spring Lake Park with one of the State’s finest Civic Center/Ice Arenas, hosting thousands of youth and high school hockey games, hundreds of Tournaments from Mite Jamborees, to State Championships and even N.C.A.A. events.  Fogerty Arena and its staff, continues to provide exceptional facilities for both local and regional users.
In June of 2000 another chapter in our history began with the planning of our second ice sheet. Fogerty Arena “North” was another extraordinary example of the abilities of the Spring Lake Park and Blaine hockey communities to work together to accomplish what many said could not be done. With the continued expansion of youth hockey and the addition of the women’s programs at the youth and high school levels, it became apparent that another rink was needed. With the Fogerty Staff coordinating the effort and sharing the costs with both hockey clubs, the construction of the new rink, along with dedicated locker rooms for all four High School teams and permanent off season equipment storage for the youth associations, began. On November 11, 2001, after 5 months of construction, the North Rink was open for business on time and on budget.
The entire staff here at the “The Ice House” would like to invite you to come by and enjoy a game or two. Remember “every day is a great day for hockey”.  See you at the rink!